onelove99 (another interview with Fizzy Blood)

London town, November 2022. Me and some friends are in the city for some lovely days abroad and I’m also there to surprise Fizzy Blood at their show at the Colours. They’re on tour to promote their upcoming record Pan Am Blues, we’re in London – sounds like a match! Eventually the day of the concert’s there and who am I bumping into at King’s Cross? Ciaran, the band’s bassist! It’s unbelievable! We agree to keep it a secret and a few hours later, I’m walking into the location: ‘Well, well, well, there they are!’ The guys are freaking out and after nearly three years, the gang’s complete again.

After soundcheck my friends from Hamburg join the party and a few introductions later the party begins. We’re already enjoying the concert as Flavour of the Month hits our ears!

Never gave a thought to
consequence
No smoke without fire

Fizzy Blood – Flavour of the Month

And it hits us pretty hard – our feet just can’t stand still! The energy’s increasing and with every second it gets a bit wilder – what a tune! The whole concert is a journey through the bands pretty divers song catalogue, which they are closing with their finest banger: January Sun
Some sweat, beer and time later, we sit down for a little chat, so join us at the table.

Remember the last time we met, December 2019?
Jake: Was that with the foil hats? That was very strange!
Guys, what did happen since then?
Tim: Oh god.
Paul: That’s a really big question!
Jake: There was a global pandemic I’m sure we’re all aware of.
Benji: What?
Paul: There was this thing called Covid that happened.
Tim: Was that happening in Germany as well?
Paul: Came out sooner in Germany, didn’t it?
Tim: So that happend René. We recorded an album, just as it was happening. Then we were like, what are we gonna do with this album now?
Jake: So we did fuck off for two years.
Benji: It’s been written for a long time.

So when did you put the last touch on it?
Paul: I can’t remember the actual day that we were like: It’s done. Maybe summer last year.

Speaking about the new songs, how were the reactions from the audience the past nights and also tonight?
Benji: It was good – people liked it! They definitely liked it.
Ciaran: I think we knew we’re gonna get very good reactions from the old ones, but it’s been nice on this tour to see peoples response to the new songs.
Benji: We’re very vulnerable when it comes to this new songs. And we show a side of us that we haven’t shown before.
Like January Sun, then Ka Palaho Beach – what the hell?!
Everyone’s laughing again.
Benji: I do get it. I know some people aren’t into it and that’s fine. ‘Cause it’s a bit jarring, like going from that to what we are now. I don’t think anyone disliked it. And if they did, they didn’t say anything (laughter again).
Jake: Which is really nice!
Benji: We have nice people at our shows.
Ciaran: I feel like that they know what to expect when they are coming now.
Benji: People know we’re a bit weird.
Ciaran: And they like the old stuff. But at the shows they are also listening to the new stuff, which is really nice. They are very supportive.
Jake: We just think it’s really weird, ’cause we’re in the middle of it. Many bands have done weirder things than we have.
Benji: I think it’s scary for us, just ’cause it’s so new and it’s different. We haven’t done anything like it before.
Ciaran: And we haven’t toured for like four years as well.
Benji: ‘Cause when we’re playing the new songs, it’s not as loud and hundred percent all the time as the older stuff. You can hear people in the crowd. It’s weird.
Jake: I think we got along live very long with a lot of energy and now we’re realizing we have to sound good as well.
Paul: We’re developing other skills. Writing and all kind of things. We’ve got comfortable doing one kind of thing and now we’ve put ourselves back into a zone where we’re not as comfortable, you know?
Tim: I think the new songs give us the opportunity to explore new things as well. Like I never played tambourine on stage before and I enjoy that. Best five pounds I ever spent. And I encourage everybody to buy a tambourine for five pounds.

In a previous interview you kind of said that you were on the verge of splitting up! That was quite a shock!
Paul: It wasn’t anything that we had a conversation about. I think that was just a feeling.
Benji: It was the feeling, it just felt like the end of something.
Jake: There was a gaping hole and we didn’t know how to fill it. And we didn’t think it was going to be filled with music. But it has been – which is nice.
Benji: I mean, we never sat down and be like …
Paul: … we’re gonna split up. But I think that was kind of the elephant in the room.
Benji: We’ve shot that elephant!
Paul: We fucking shot it right in the face!
The whole gang cheers up and laughter fills the place again.
Tim: Serious answer to your question. It gets a little harder when you’re not students. ‘Cause when we started the band you (Ciaran and Jake) weren’t old enough to drink in the bars in America.
Paul: I had to buy alcohol for you and put it in a paper bag.
Tim: When you’re 20, 21, it’s super easy just to be like: Oh I go on tour for six weeks and that’s fine. But when you have responsibility, it gets way harder.
Jake: It gets harder quickly!
Tim: Yeah, exactly! And the good shows become great and something you really cherish, but the bad shows become really like heroine and way harder then they used to be. And I think that’s fair to say. It’s just harder to keep going.

A few months before you told me you wouldn’t go on tour before the record’s released. But now you’re on tour – without the record.
What did push you on the road?
Paul: We just wanted to do it. The record wasn’t gonna come out in time and we had these dates booked in and we just thought: Just do it. For the fun.
Benji: It’s like a pre-album tour. I hope that in the future once the album’s out we’ll be able to tour again This is kind of a promotional.
Paul: It’s more for us, than for anyone else.
Benji: Yeah, it’s fun – we’re just having fun!
Jake: And next time hopefully we’ll be on a tour, we’re able to play more of the album songs, ’cause people will have heard them, which would be really nice.
Paul: Yeah, some of the songs would be fun to play!
Could you name one of these songs?
Paul: When It All Falls Apart. I’d really like to play that live.

Then it’s a big rush, the lads need to hurry, ’cause we need to leave the location pretty soon. Doesn’t matter. Life looks better in colour. And with you guys. 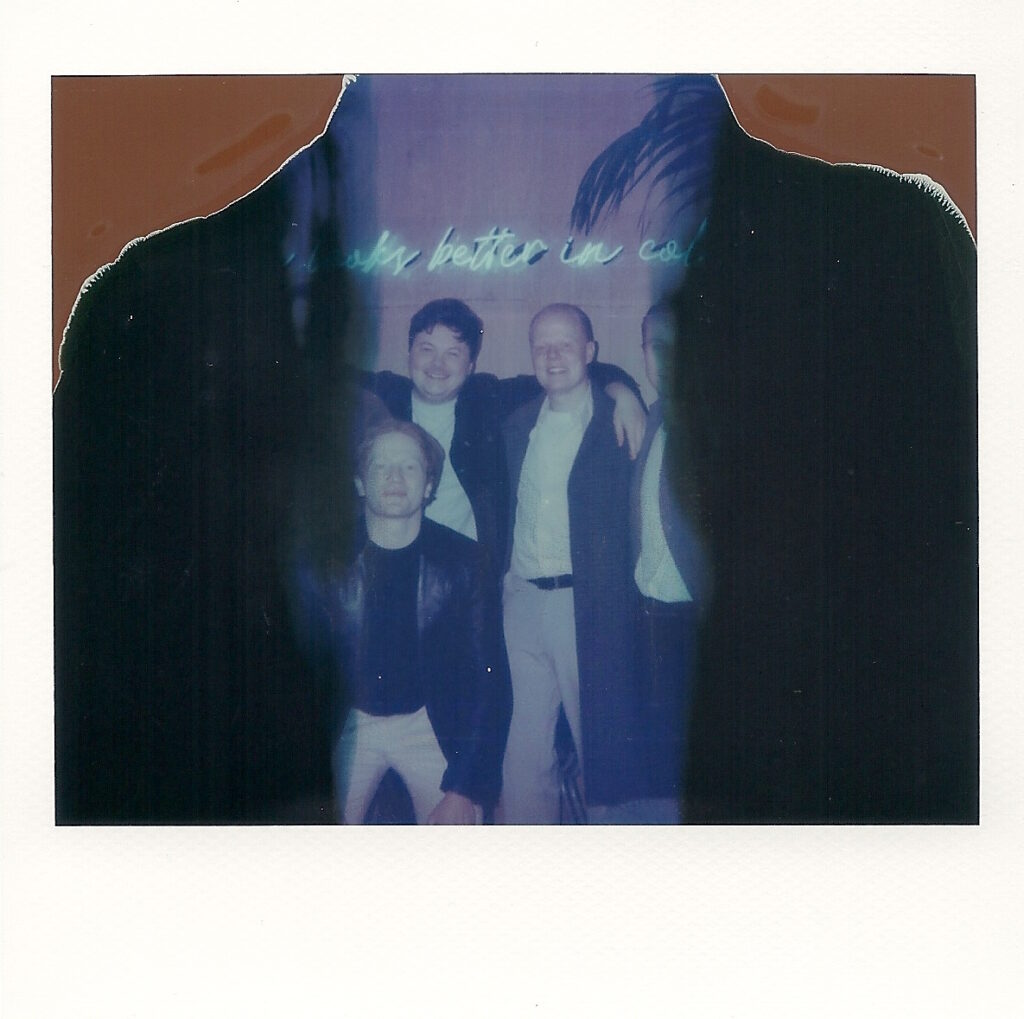 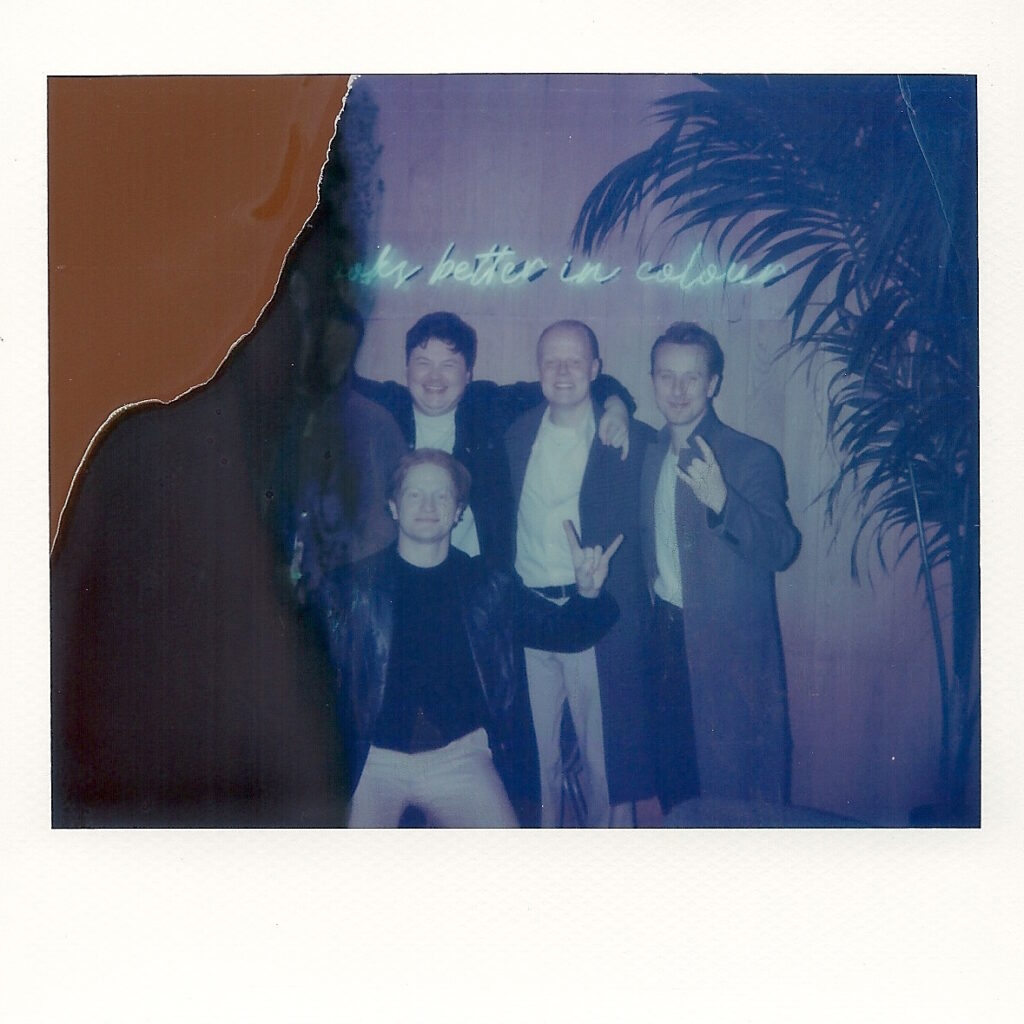 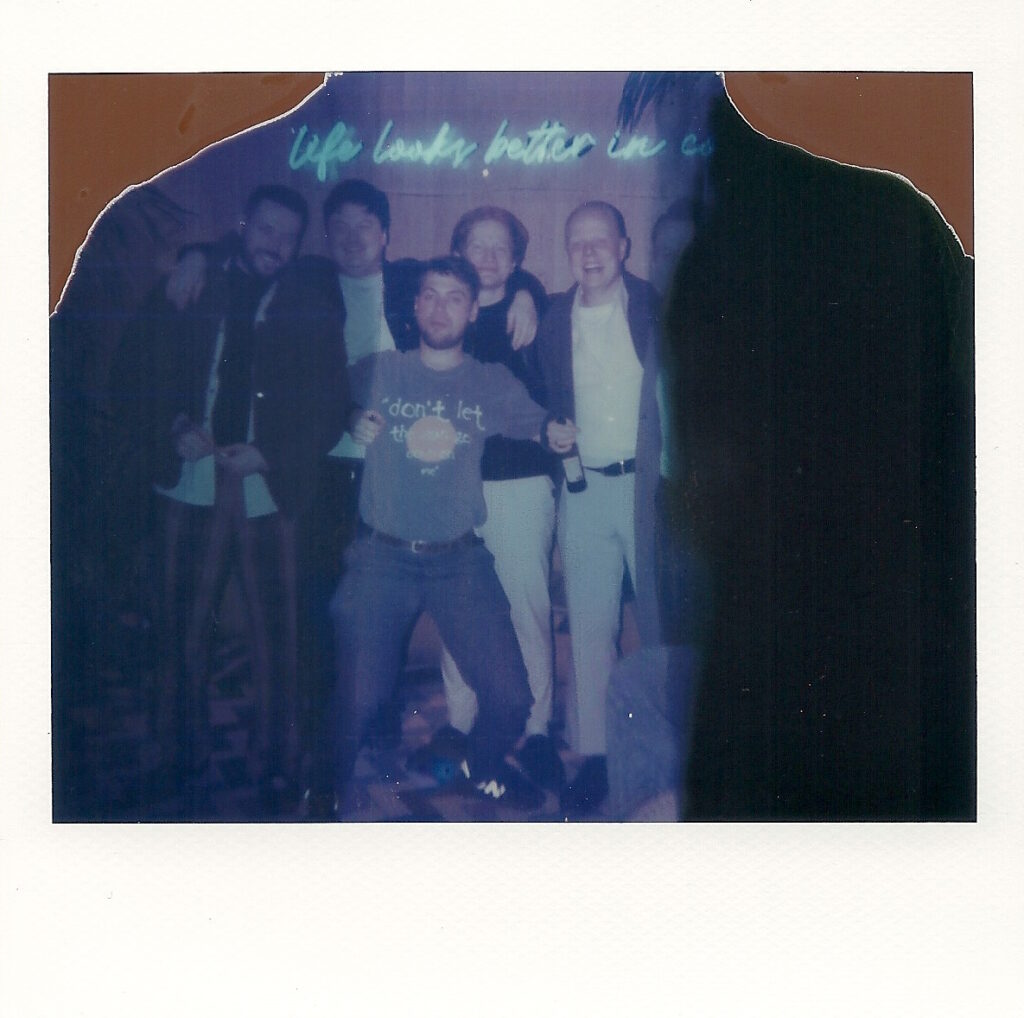