One night with L.A. Salami or a song about mortality

Our group splits, as two of us enter the Burger King at the corner of Davidstrasse and one bloke leaves for McDonalds. Two, ah wait, we got company, three people are left back, waiting for the others. Waiting with a solid guitar case down to their feet.

I got the news a few hours ago. Charlie Watts is dead, the rhythm died. Earlier that night, a friend told me about the beginning of the Stones ending in the backyard of the Molotow, right before L.A. Salami did his solo show. L.A. in his dark and dapper clothes. A man with a soft, calming voice. He, who laughed a lot, the one, that introduced us to the Talis-Man. And there he also played a song about mortality. A coincidence? I do not think so. But it’s so sad …

‘Cause you could die without warning
Ah, the shift has come
And you must answer without swaying
Ah, when the change is done
But eventually his eyes were faded
His view will shake and he will pine on days
He always knew that it’d come, but it still surprises him
How all this time can just go by

L.A. Salami – A Man; A Man Without Warning

Back on the Corner

And finally the girls are back. They got what they were craving for, hot food in their hands, as I see L.A. Salami approaching from the other side of the road. Lookman takes the crossroad and our group’s complete again. It’s one of the last nights of summer – there are people on the streets, we are sharing fries on the way and we are lucky, we are just a few steps away from the flat we’re heading to.

By entering the room, bottles and glasses appear on the tables, as we sit down around them, a small candle lit, like a little campfire. It’s a Tuesday night and we celebrate life. We enjoy our beverages, some lie down on the floor, some are laying on the couch. The glass is half full. We talk about music, everyone puts some stuff on the playlist. It’s a really cozy setting, as one of the girls picks up her guitar and starts to play. A song about a lover. So she plays and we listen.

When L.A. Salami Picks it up

I’m laying on the floor, when L.A. picks up his guitar and starts to play some tunes as well. Little gems, I do not recall the names of the songs, but one I do remember. He begins, clears his throat, starts again, laughs and yeah, it takes some attempts. But eventually: Who’s Cursing Us Now?. One of the many wonderful moments that he creates that night in Hamburg. There’s talk about Dylan, in another moment I compliment L.A. for a line in The Cage, we chat, I nap (pulling a René – oh yeah!). Yes, on that night we talk, we listen to each other, we drink and we smoke – we just enjoy life in it’s simplest ways.

Time flies as Tuesday turns to Wednesday and we run short of wine. And maybe that’s what life should be like. Simple and easy, friends spending time together, making new ones. Without prejudice, no expectations, speak, not talk. Listen, not just hear. So here’s some Polaroid pictures before L.A. grabs his phone and says he needs to go. 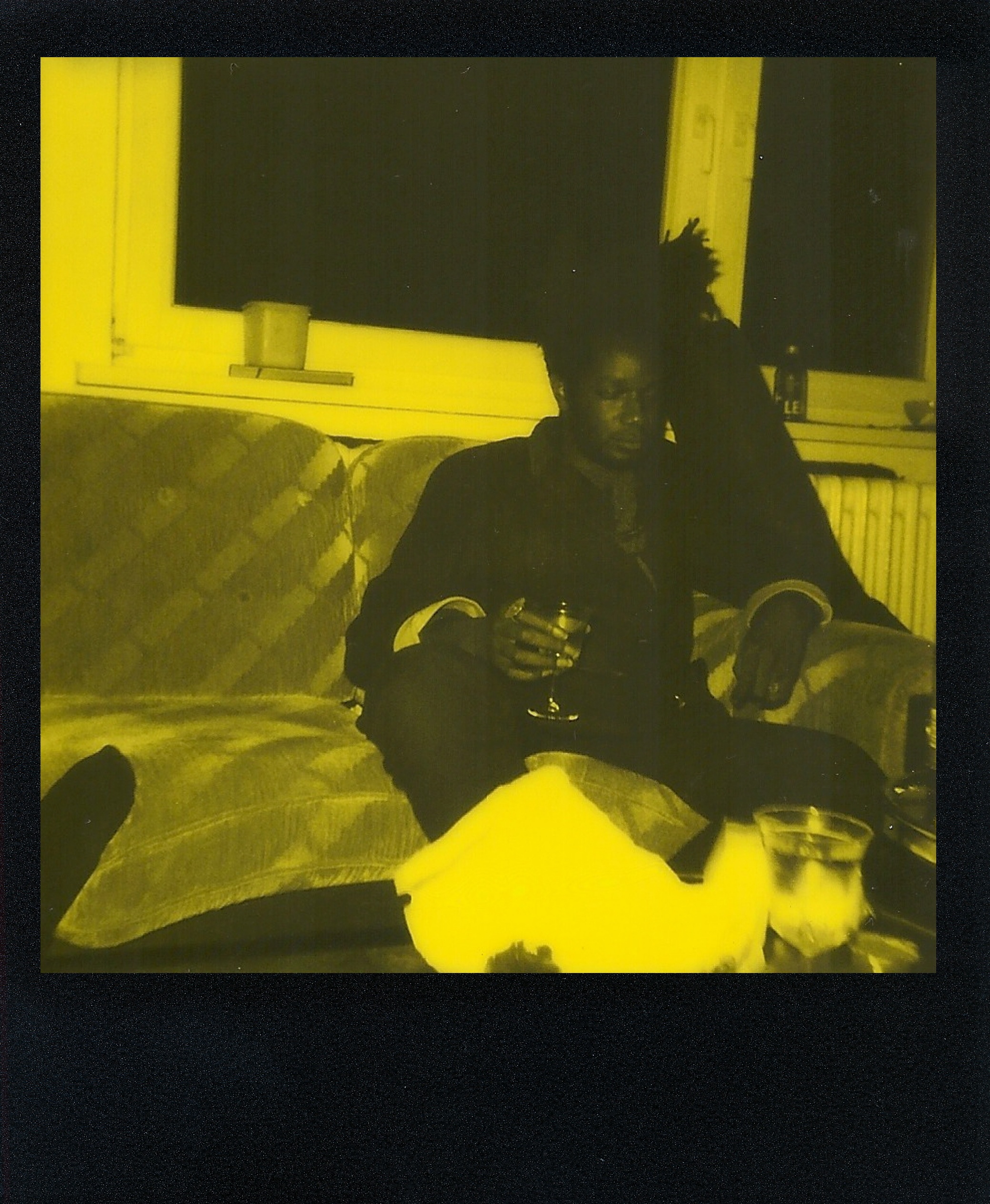 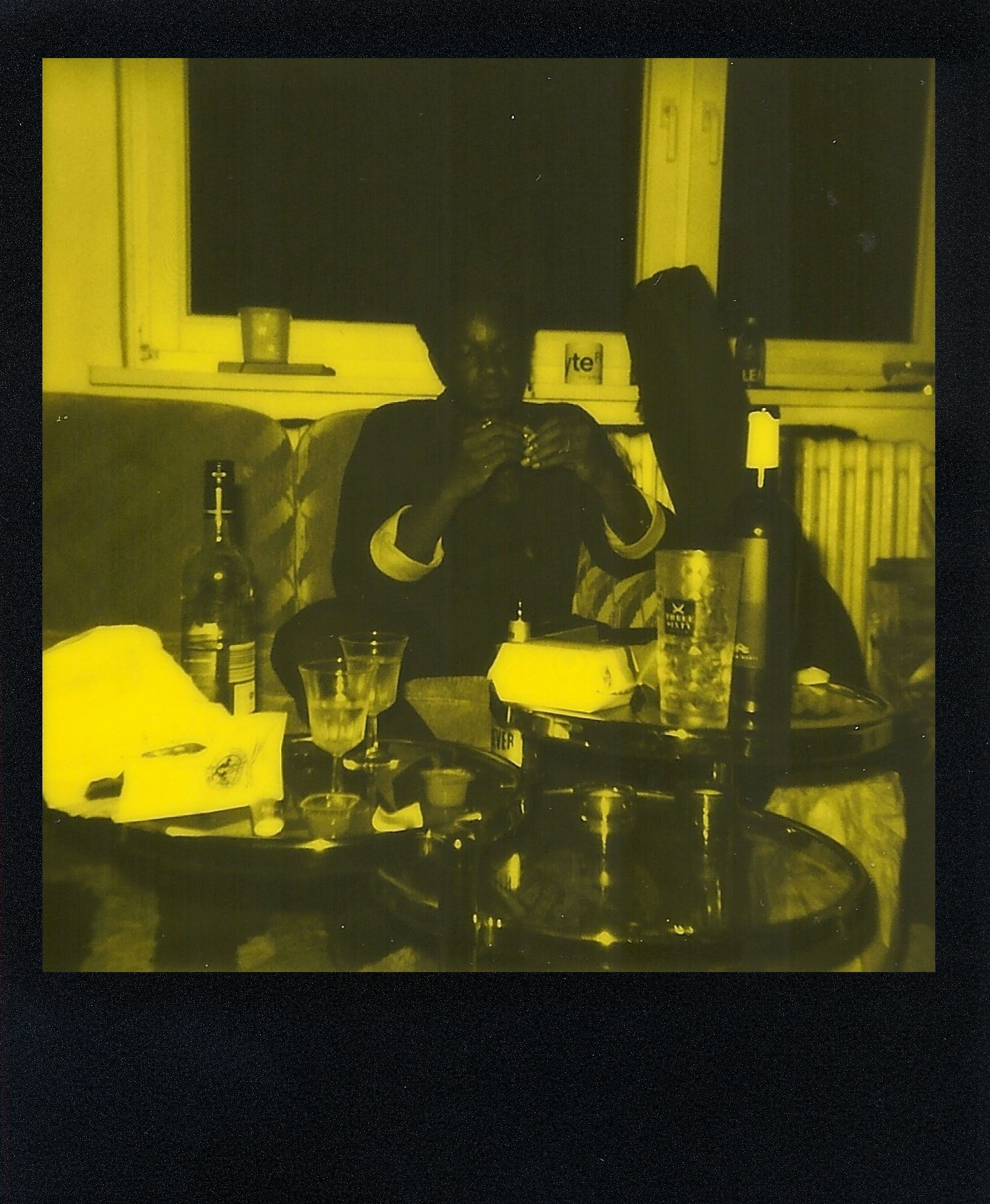 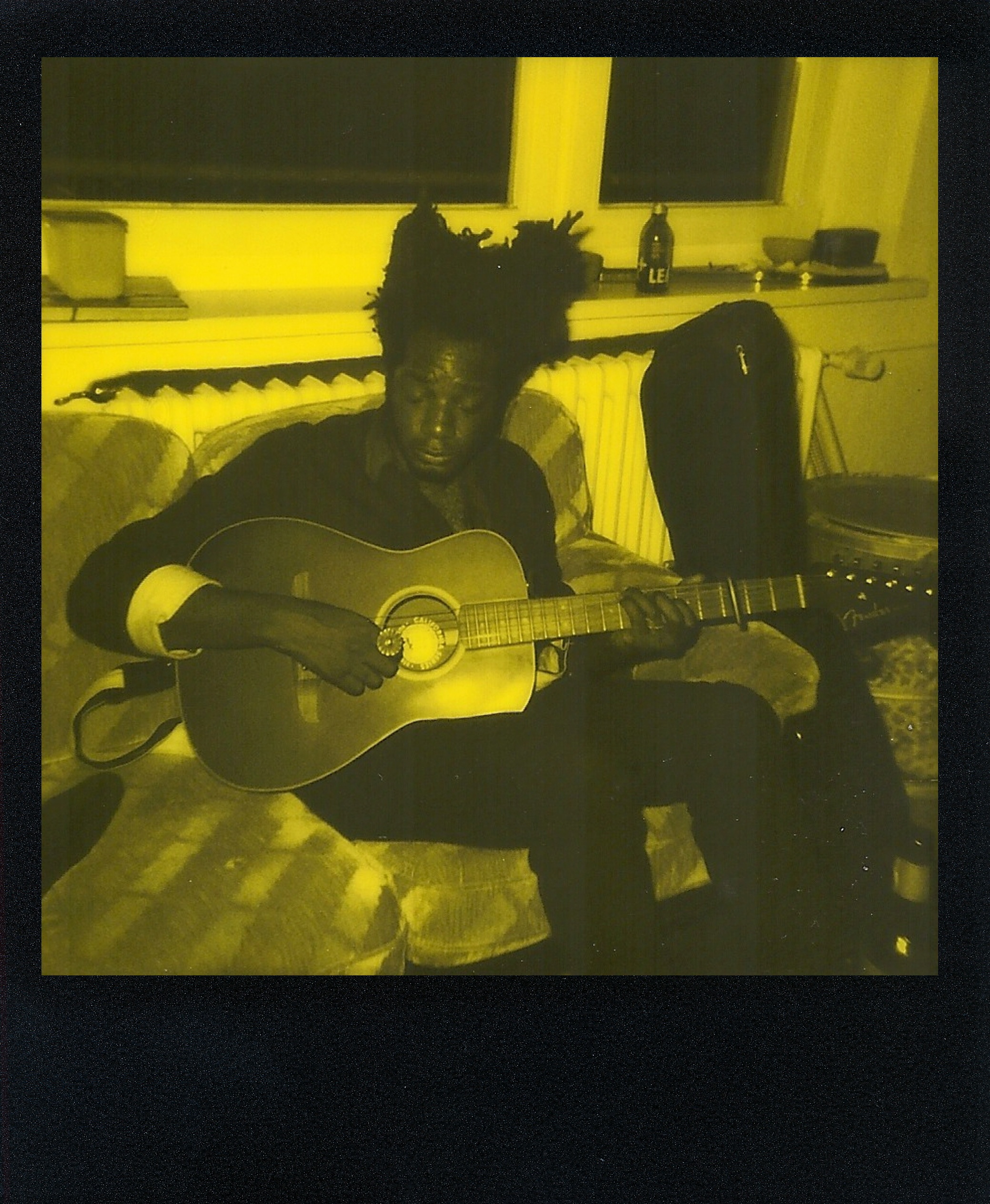 Rock ’n’ Roll dream written by me, myself and I.
Thanks to Lynn for pressing the shutter (Polaroid number one & four), to everyone involved and of course to L.A. Salami.
Instant Film: Black & Yellow, Duochrome Edition, For Use With 600