Ouch, I just crossed my testicles! And yes, Francis Rossi said that in our talk which we had last week.
The opportunity to meet Francis again and even get to know Richie Malone, the new guitarist in Status Quo, came in from out of the blue. And so it happened that we met at the Mövenpick Hotel to talk about their new record: Backbone
Some facts beforehand, it’s their 33. record and the first one with new material in 8 years.
To get some background information, I got myself Francis Rossis autobiography (I Talk Too Much, which is a good read) and this time I really felt like I did my homework. Still a bit nervous, we sat down at the Cave Bar and began to talk …

For the people who do not know the new songs by now.
Did you finally find the fourth chord?
Richie (starts to giggle): It’s the second time today.
Francis: It’s not bad, is it, really. We’ve got another ten days to go yet. It’s quite humorous, but take your pic, yes or no, I don’t really mind.
Richie: This time we did. There’s a few chords on it. One of the songs has four chords.
Francis: Does it?
Oh, which one?
Richie: You have to try find it. That’s the game! 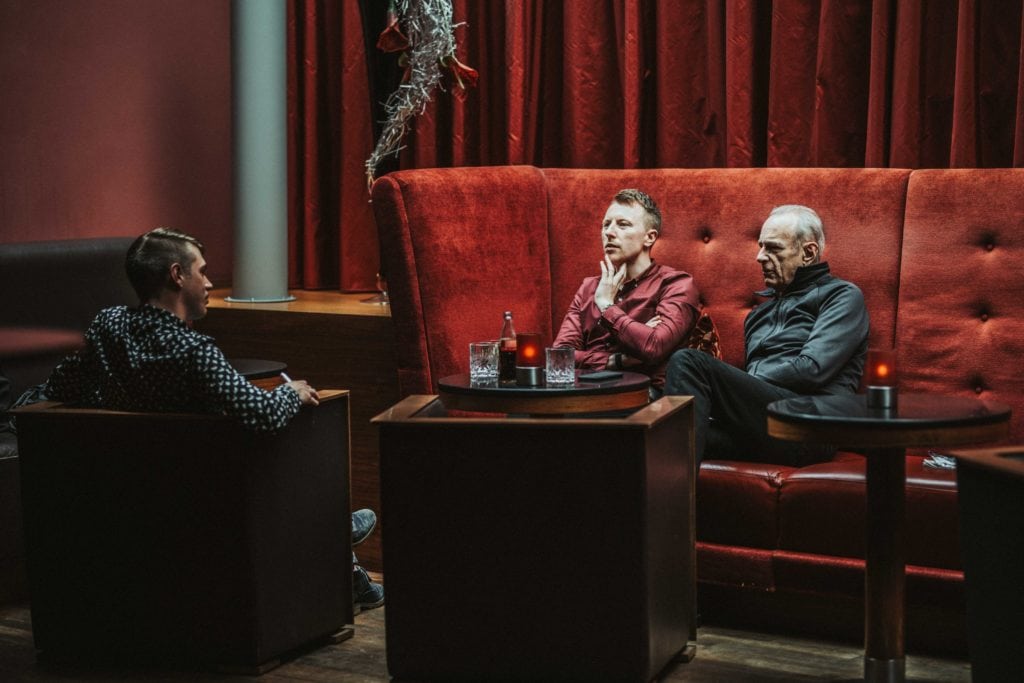 Status Quo at the Cave Bar of the Mövenpick Hotel.

Richie, to be in the band of which you are a fan since I dunno, but the first time you saw them live you were 13. I mean this must be mindblowing! Now you did a record together.
Most of my readers are young people.
Do you think, that Backbone is also a record for young people in 2019?
Francis: It’s really for them to say, don’t you think?
Richie: I think it’s their opinion, Yeah! If it’s their thing, if they are into that genre of music.
Francis: One of the good things about the internet is that young people – compared to the 70s or the 80s, people would have peer pressure like ‘You don’t like that’ or ‘You should like this’ – whereas younger people today can see something and hear something online and see if they like it or not.
So that’s maybe a … yes.
Francis: You can’t say, can you? Someone comes to the concert here who is in his twenties and you got someone else in Frankfurt who’s in his twenties who thinks we’re shit. Uh? And I don’t think Status Quo are that great or that shit. They are somewhere in the middle, like everybody.
Richie: It depends on the person.

In your autobiography you are mentioning the first song on Backbone:
Waiting For A Woman, which you wrote with one of your oldest companions, Bob Young.
And you are also speaking very well ’bout Richie here.
Did you two actually wrote something together as well?
Francis: No. The idea is almost that you need to write a song for the album and I thought perhaps myself or Andrew or John should write with him but the problem with that is, we would have brought our age with us into the writing. And I’ve written lots of songs, different styles of songs. And the experience in writing songs would have brought back to him. ‘Cause if you listen to his songs, it’s definitely a song of a younger man. I couldn’t have written that, nor could John, nor could Andrew. So the best thing we did to him really was to let him dive in deeper, like get on with it and give me what you give me. And then we’ll see how we go. So I think it’s a great track, I couldn’t have written it.
Richie: You did, when we got to the studio, obviously Francis had helped with certain words and pieces in it. But the great thing about the finished track is, I can still hear my original demo in that track. While it’s still nicely polished and you know, it was great that it kept up all the way through.
Francis: There’s another thing we did in the recording. In all the songs, the initial demo, whether is done on the telephone and quite often the one that Andrew and I did was done on the telephone in front of the bus on about midday in the morning on our day off with a drum machine. And put the two acoustics down and we used this as a basis and same with his. He sent it and we used this as the basis. So whenever is the feel drifted away from that you knew you were drifting away from the initial inspiration. You’re losing that and thats one of the things I think why the album works for us.

I’m thinking and hoping that you had the same fun in the studio as we can see in the music video for Backbone.

It really looks like you bunch of people are enjoying yourselves and the company of each other.
Do you have some funny story from the record process you want to share with us?
Richie: No, I think in the studio, because a lot of it was very new to me, so although we will always find time to mess. And trick act and do all that. It was a bit more focused, than probably people will think.
Francis: That’s true.
Richie: That’s what people keep saying, when you’re thinking of Rick. We were focused, trying to make an album. So we have the fun and games in between takes, going to the vocal takes and stuff, theres funny pieces listening to Francis tryin’ to do a vocal take and he says: ‘Fuck! Shit! Bollocks! Do it again!’
Francis: But he was very good at vocaling, very very good. Not many people are that good fresh in the studio. I’ve heard from a lot of singers. And we all had troubling. He didn’t have much trouble. Much to his credit. He is just like: ‘Can you do that? Can you do me one above? Yeah. Can you just do me? Yeah, thank you.’ – Done. That’s enjoying working at this pace. At the end of the day there’s a joy in that. I think if anything, I made him nervous on guitar, being really honest, which is unfair of me. I was surprised.
Richie: I found it easier to do vocals than guitar.
Francis: Which is complete contradiction the most people would have. So it’s all credits to him.
Really kind of you to say this.
Francis: But it’s the truth. I wouldn’t do this for kindness, he was. I balanced it by saying with the guitar he was for some reasons jumpy.

So Francis, do you have a favourite track on Backbone?
Francis: No, I chose all the tracks. I became very dictatory when making the album. I said I would do it, if I produce it, pick the tracks, saying when they are ready, saying when they are finished. He (Richie) makes a very good point in this, he meant a few times today and yesterday, when you are listening to the album, you are like: ‘Oh Yeah!’ Whether which days in the week mood you’re in suddenly you think: ‘Wow, Yeah!’ In fact one of my favourites was the opening track. There is such a mood too in the studio and it’s so rich in the studio and ‘Wow Yeah!’ And I heard it the other day, I thought: ‘Oh, why, there is a bit of let down in it.’ 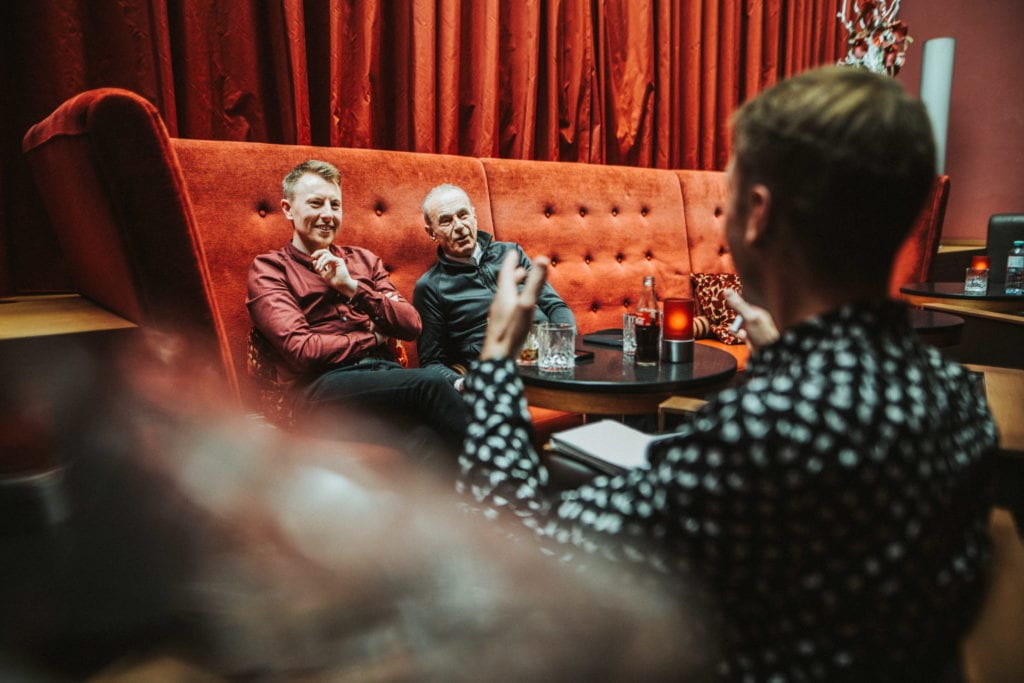 Richie and Francis having a good time.

Question for both of you and maybe you want to discuss it.
But if you want to, you need some backbone!
What do you think, for Status Quo, it’s Star Wars or Star Trek?
Francis: Star Trek!
Richie: Why Star Trek?
Francis: Star Wars is a bit more kind of fantasy perhaps than …
Richie: Star Trek is a more of a team though, isn’t it? Star Wars is all different characters. I suppose I have to aggree. I was going to go with Star Wars, only because I like Star Wars.
Francis: Oh I like Star Wars. But no, I think Star Trek.
Richie: I prefer Star Wars, but definitely if we had to compare, Star Trek.

The last interview we did together, you said there won’t be another electric album.
Well, well, life is what happens while you’re busy making other plans, but you did this Last Night Of The Electrics – stuff, all this things …
Don’t you think some fans feel like being taken for a fool?

Thank you for reading and watching this interview.
The new and highly enjoyable record Backbone by Status Quo, is out now!
As you maybe noticed it was such a pleasure to meet these guys and yes, we really had some fun. I don’t know what will come next, so keep your eyes open and if you want to, leave a comment.
Enjoy the following photographs and have a wonderful day! 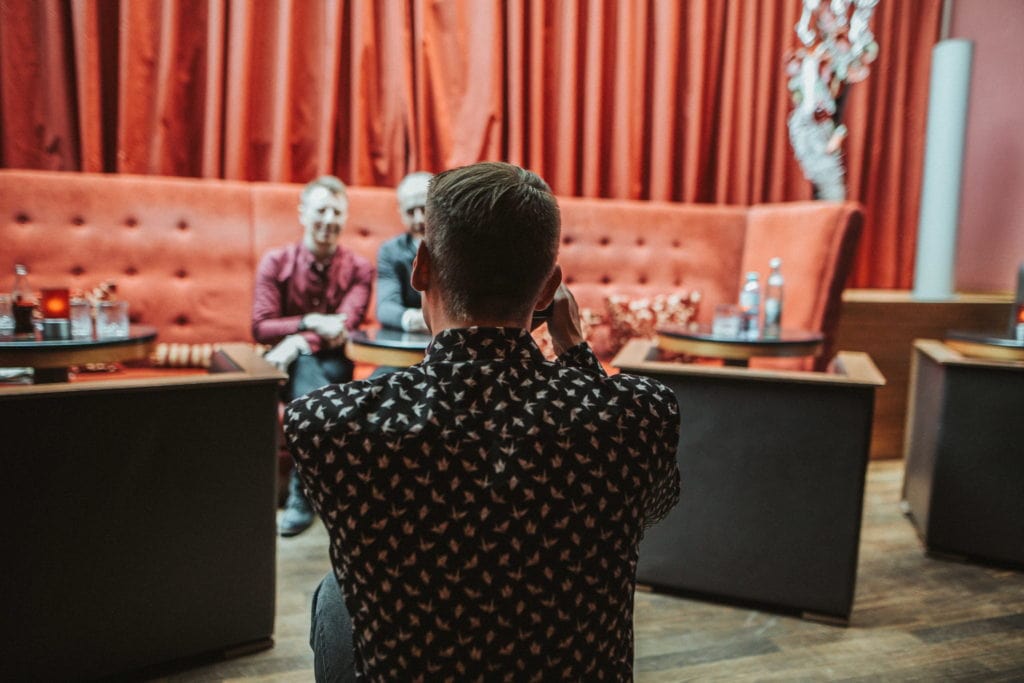 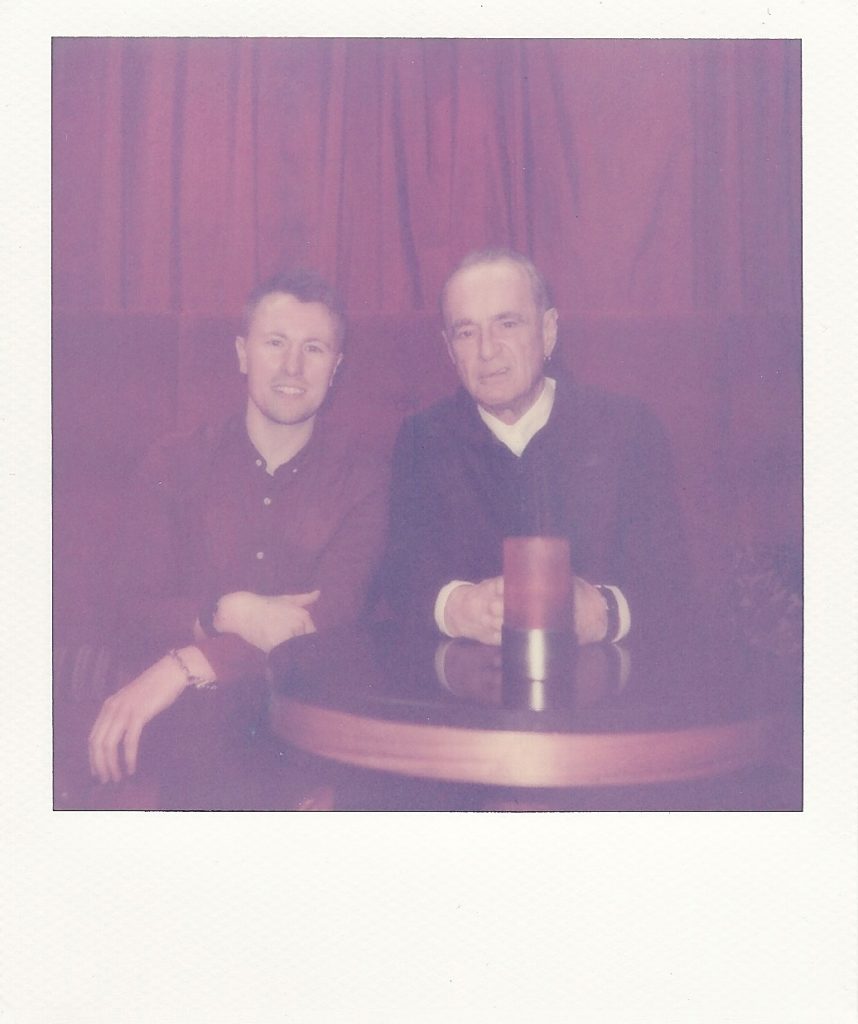 Give me the bad look! 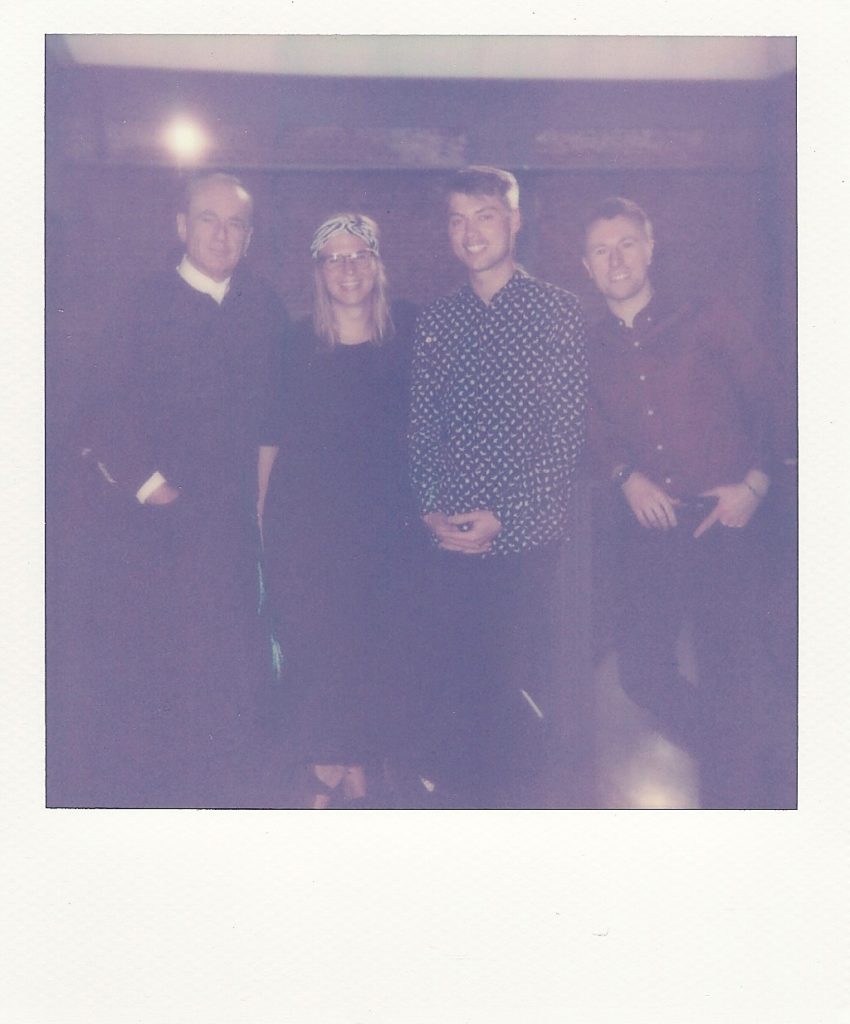