I’m waking up on a small couch in the living room of Ciarans house and I can’t believe, that this is our last day of the tour. We are going to London town today and I’m really happy to get back to one of my favourite towns in the world. But I’m also a bit sad, because this means our ways will part after that gig. Anyway! Looking through the room I can see Tim, Paul and Benji sleeping like little angels … 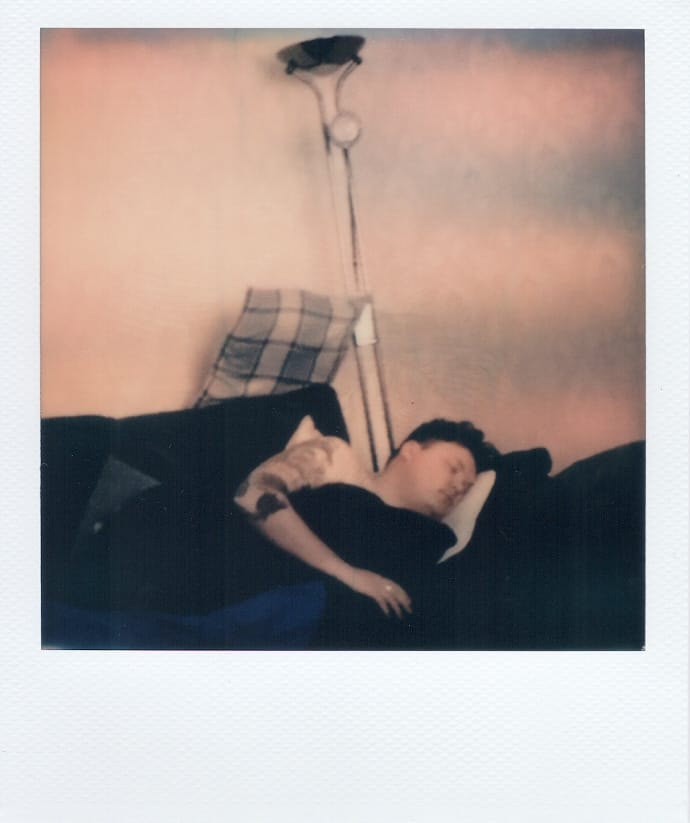 Benji, still dreaming of his PlayStation …

While I’m going on a long train of thoughts, Paul is getting up to use the shower. Time is short this morning so I’m taking a shower right after he has finished. Oh yes, a night in a warm living room, a hot shower, this feels really good! After that we are all together in the kitchen (except for Jake), playing with Finley, preparing some Sandwiches and then it’s time to go. Neil is there and Benji is taking the chance to brush his teeth while we are getting our stuff inside the van. 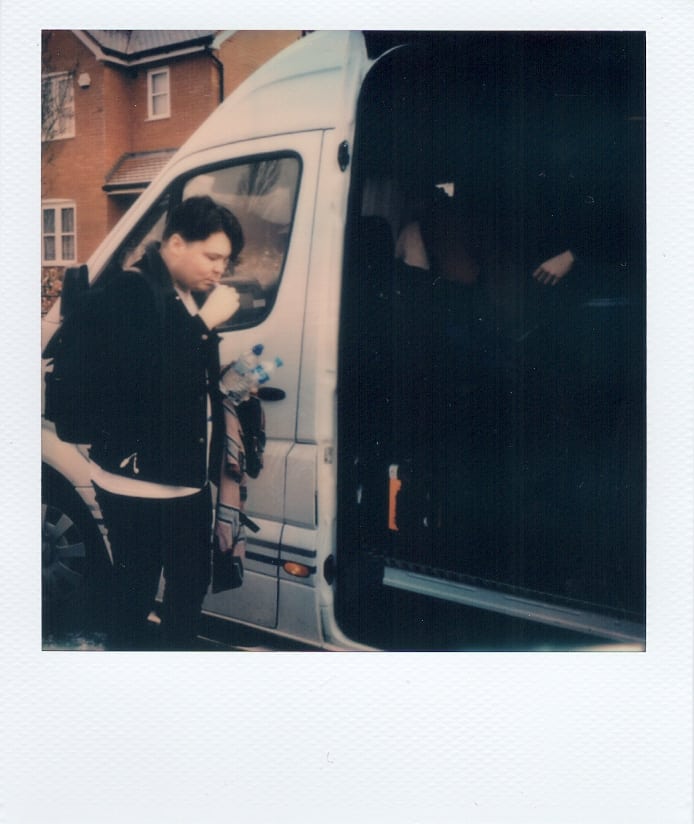 This day, the speakers are working inside the van and we are driving to London in the company of ‘The Strokes’, ‘Black Lips’, ‘Arctic Monkeys’, ‘Kings Of Leon’, … just to name some. We are starting the journey from Ciarans house (yeah, makes sense) and after a short drive we are picking up Jake, so this time the whole band is on the tour van! 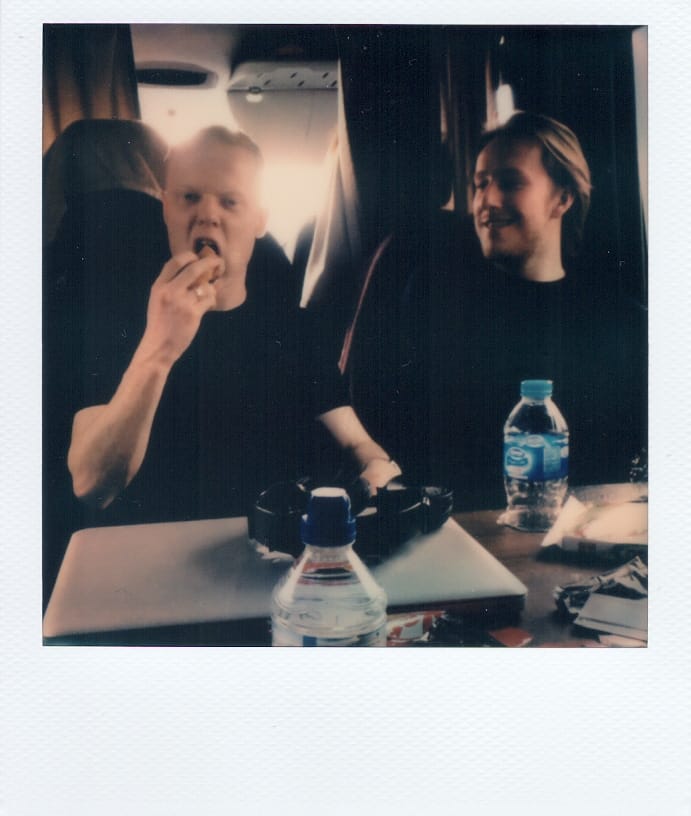 Fizzy Blood are also doing an Instagram takeover today and I get to know a nickname of Benji, it’s Mr. Instagram! Of course, he is doing a great job with this takeover, so he really earns that nickname! The drive to London turns out to be a funny one, when there is Paul Simon on the speakers, everyone is freaking out! It’s even a busy day, ’cause there are two interviews planned and the first one is actually taking place shortly after our arrival in town. We are sitting down in a pub and yes, that woman has made her homework! She is definitely asking some good questions and the lads are giving some interesting und quite funny answers. You can check out the interview right here! The interview is being held for the ‘London Underground’-shop and after the talking the photographer wants to do some shots in front of the shop. Jesus! It’s so fucking cold! The wind is blowing so straight through the streets, it’s sick! After all this stuff everybody is chilled to the bone and we are taking the Underground to get back to Camden. 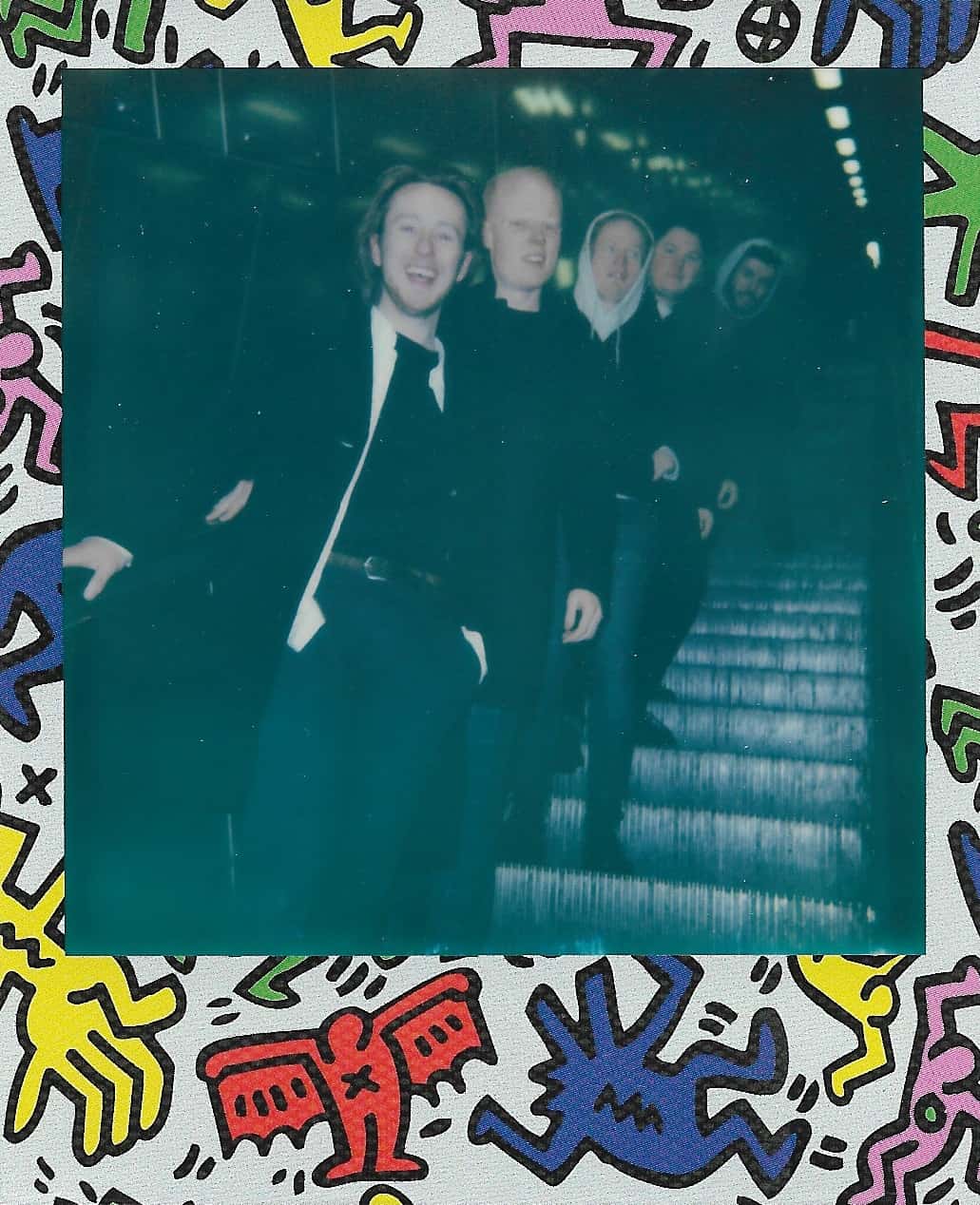 Give me a stupid look!

This night, the Fab Five are headlining the ‘Camden Assembly’. Arriving at the venue, we are beginning to unload the van and it turns out to be a dangerous mission. It’s icy outside and the floor inside (stairs included) is fucking slippery as well! Glad to say, that no one gets injured! When all the gear is set up on the stage, Jake and Tim are giving another interview in the green room. 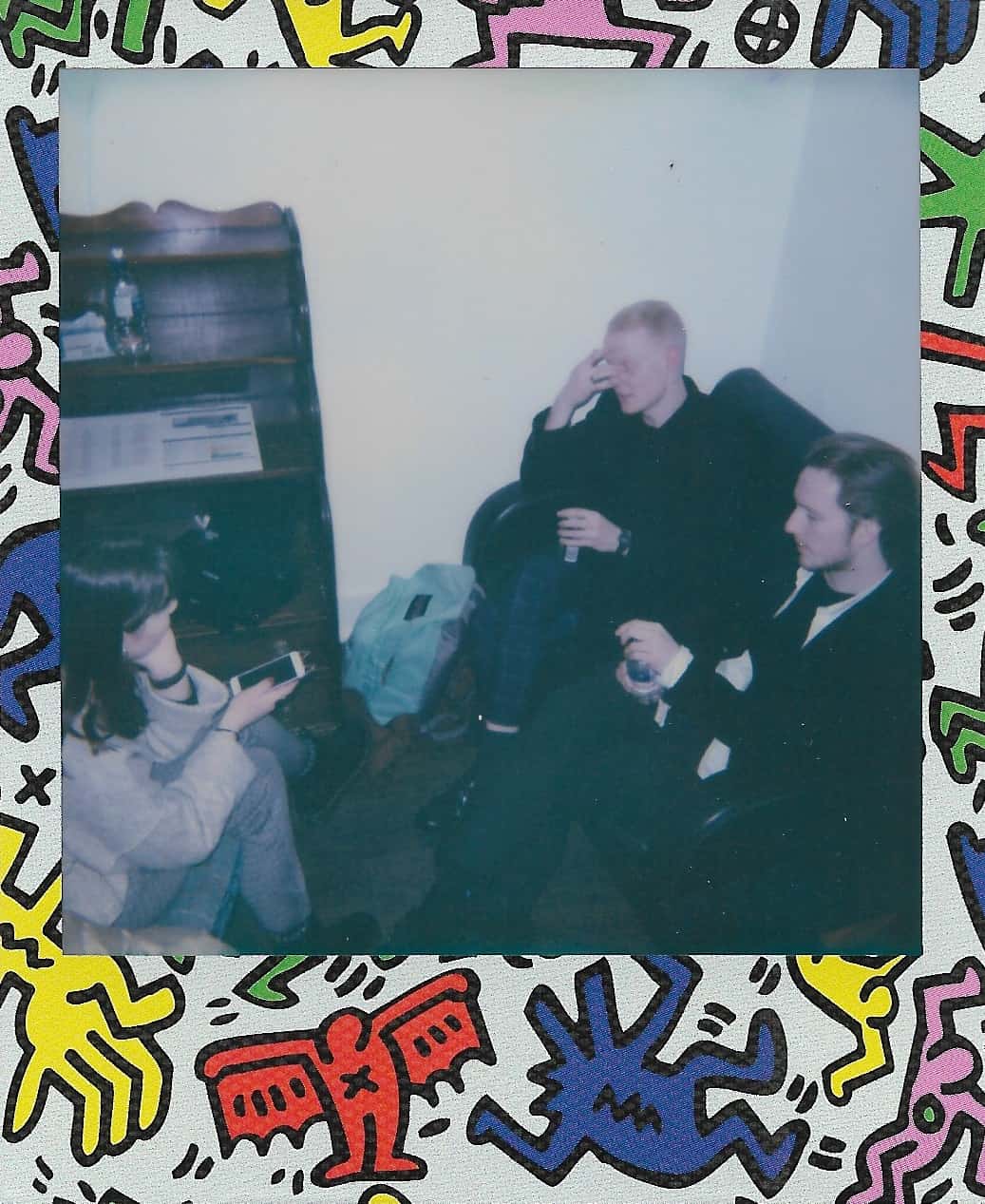 Later we are on the streets looking for some food. Stumbling through the snow, fighting with the cold …, Fizzy Blood should have named that tour ‘Winter Wonderland’! We are ending up at a ‘Spoons’ and I’m leaving early to meet a new friend of mine, Mel from ‘Mels Jukebox‘. She’s a cool person from Germany, who is living in the capital right now. Her blog is filled with some really nice stuff, so please check out her fantastic concert reviews, interviews and all the other things!
And here we go with some exclusive shots from the green room … 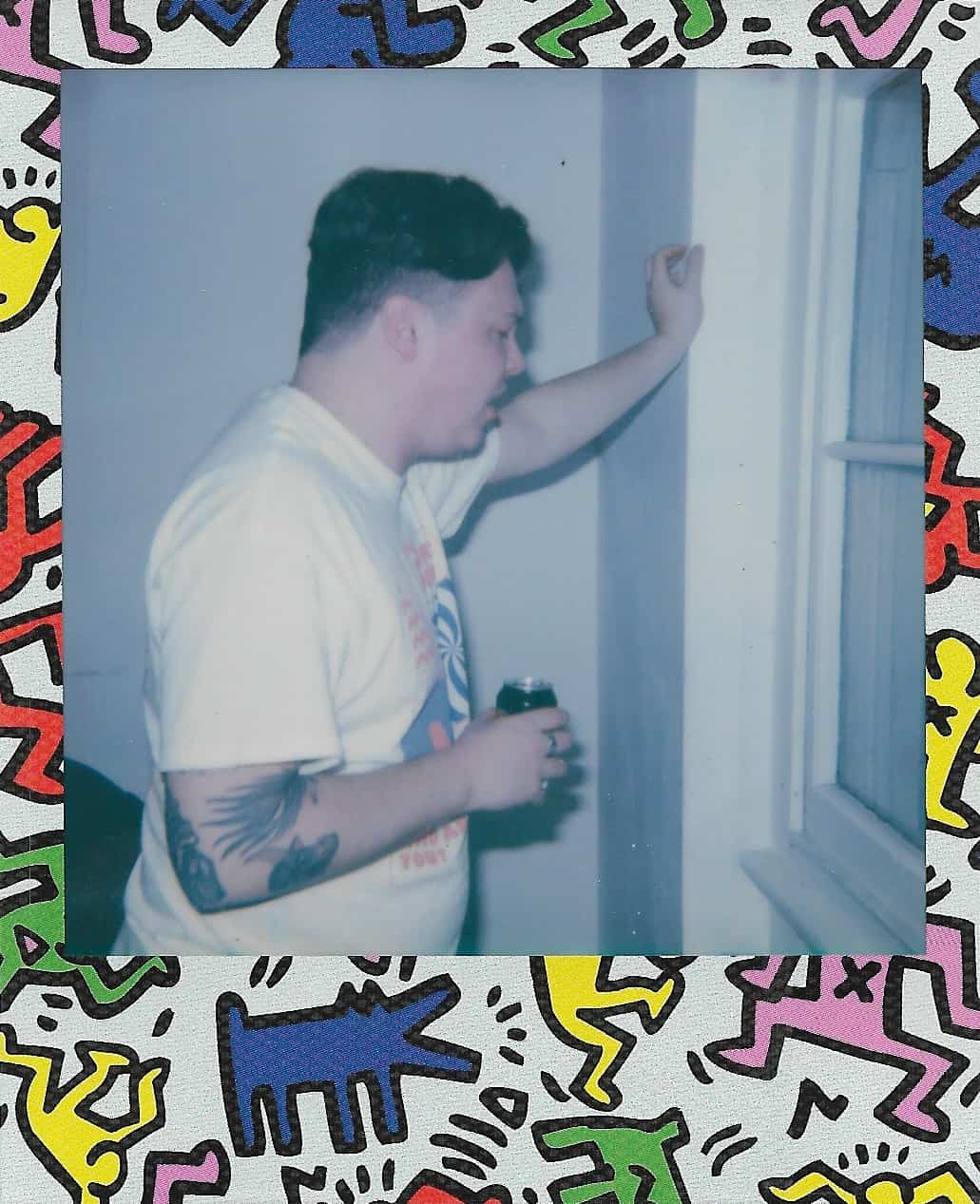 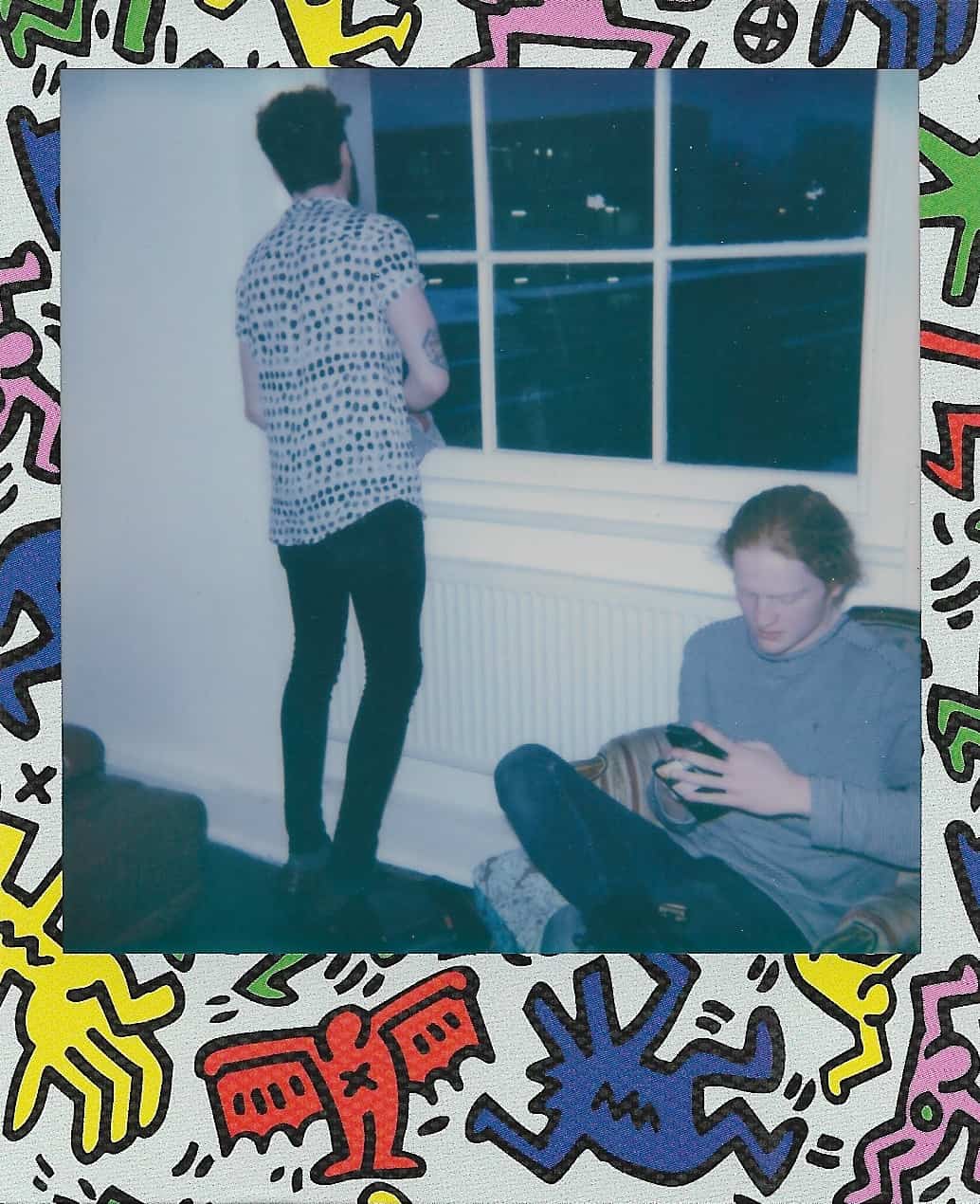 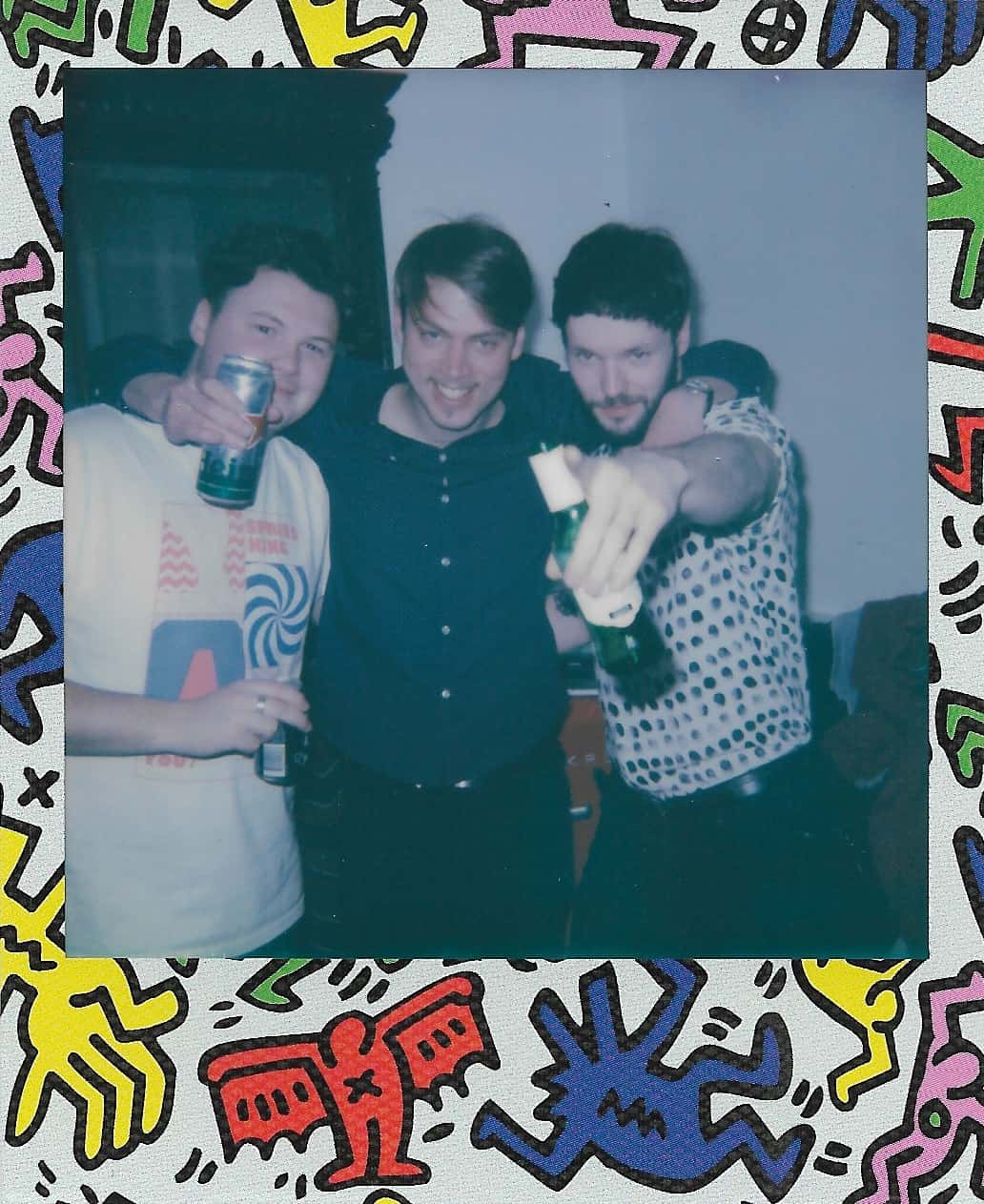 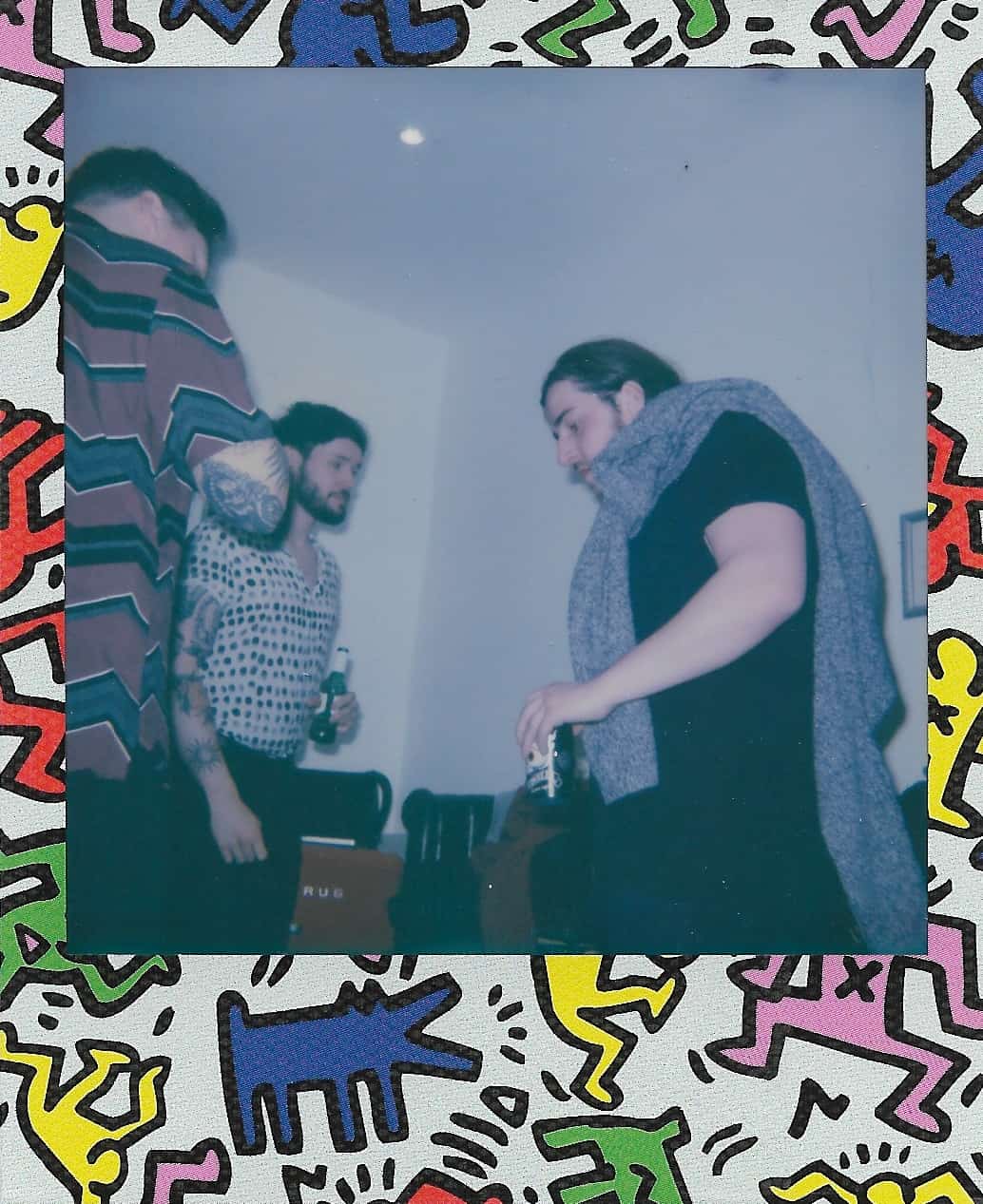 The final gig and my third of the tour is still a lot of fun! The crowd in London is pretty pumped, so there is some wild pogo dancing right from the start. In the beginning I’m taking some last shots of the guys on stage and this time I’m using a triple image-lense, so have fun with this shots! 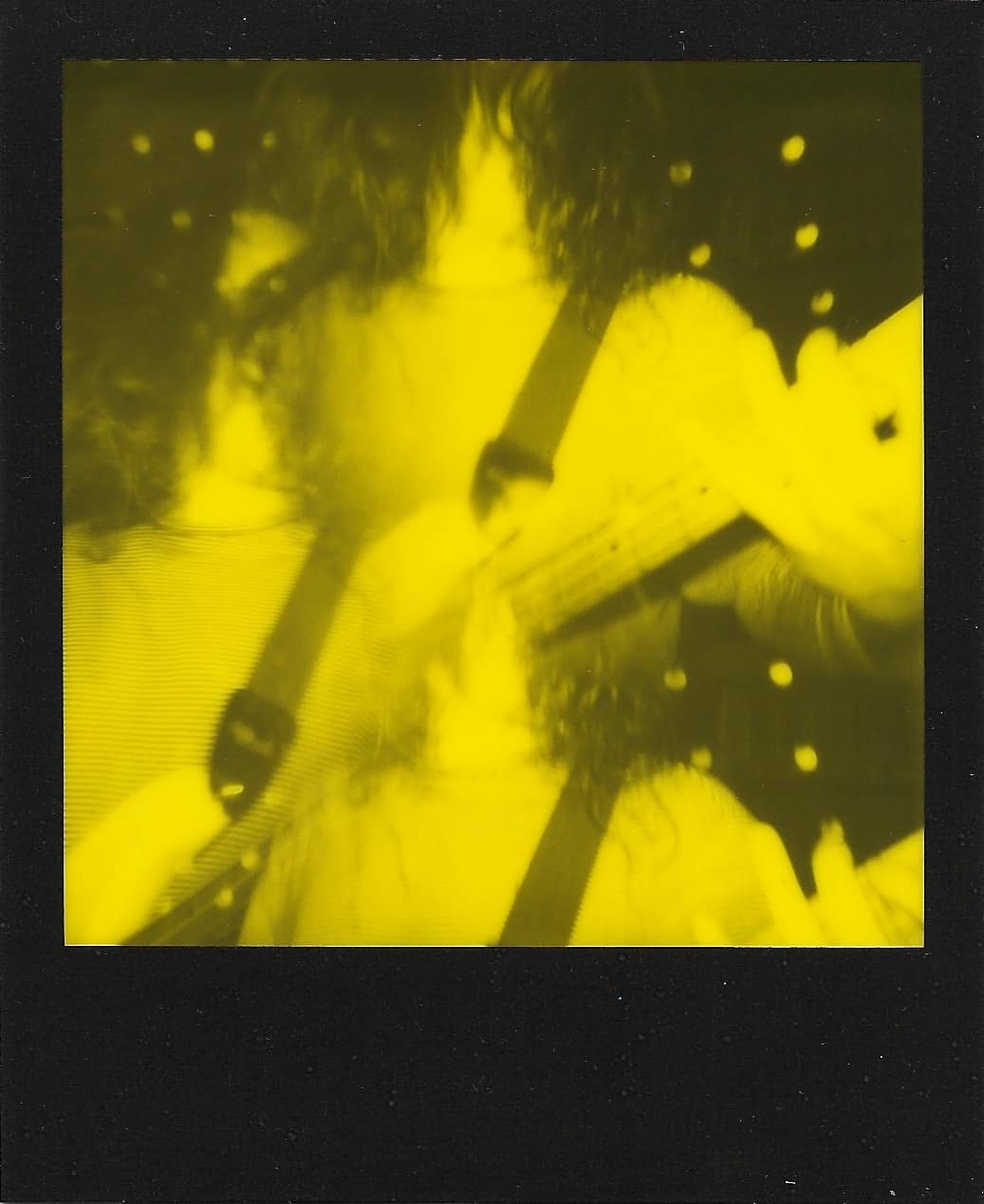 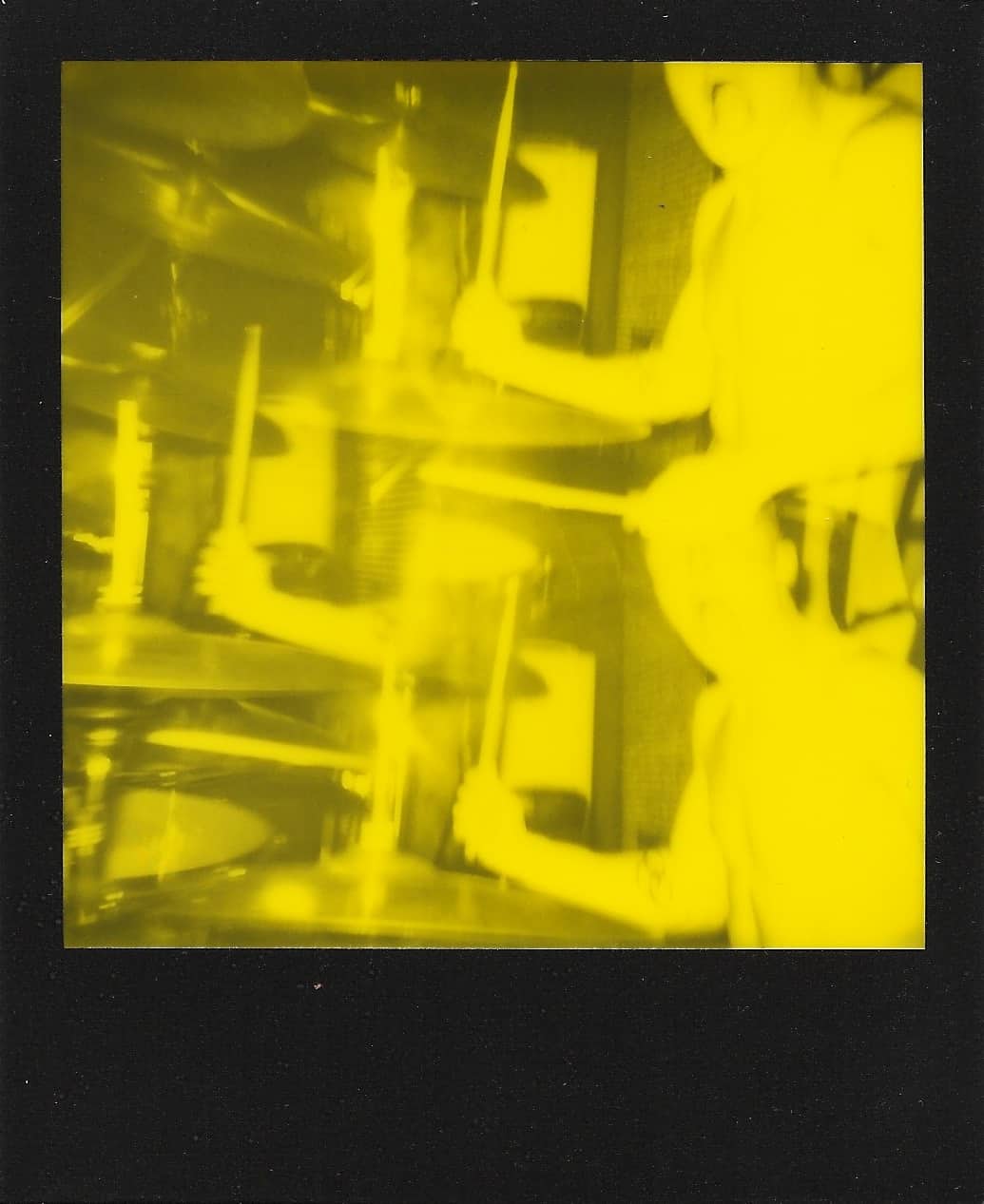 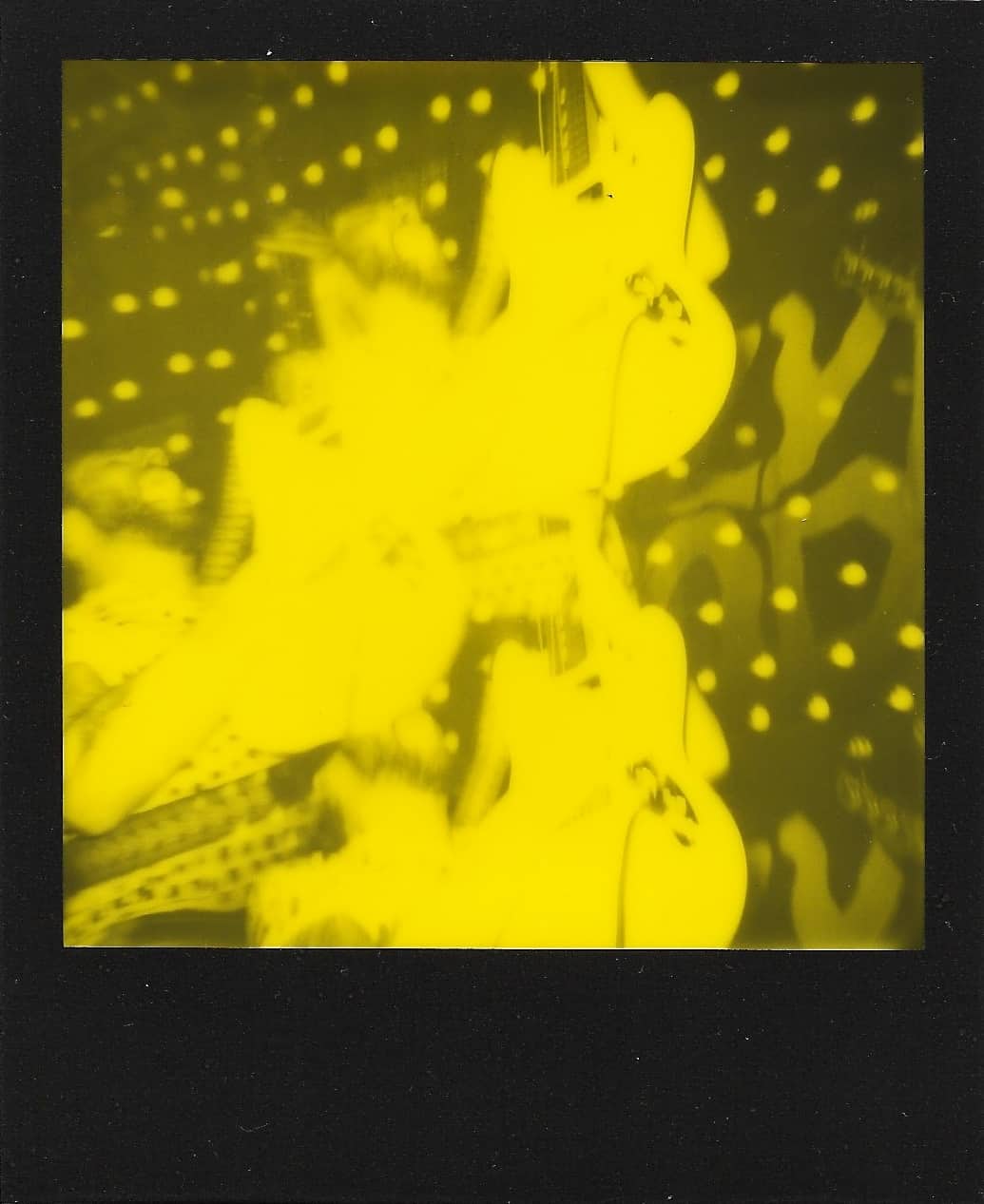 As you can see on the pictures above, the band is finishing this tour with the same energy as they invested into their other gigs! We are hanging around the venue after the gig, drowning some last beers, before we are heading to the flat of the bands manager. With all our luggage we are fighting our way through the snow, it’s a bit like the tour: Rough, cold and dirty! After arriving at the flat I can not remember that much. I’m tired, wasted, and a slice of pizza is the last thing I remember, before I fall asleep

‘Did I really fall asleep?’ is one of my first worried thoughts the next morning. What did I miss? I’m lucky, the guys are telling me that I missed nothing. They went to sleep very soon and maybe ate an extra slice of pizza, so that’s all that I missed. We are relaxing at the flat, watching TV and hanging around before Neil is going to pick us up. ‘Friends’ is on, so it’s really enjoyable. 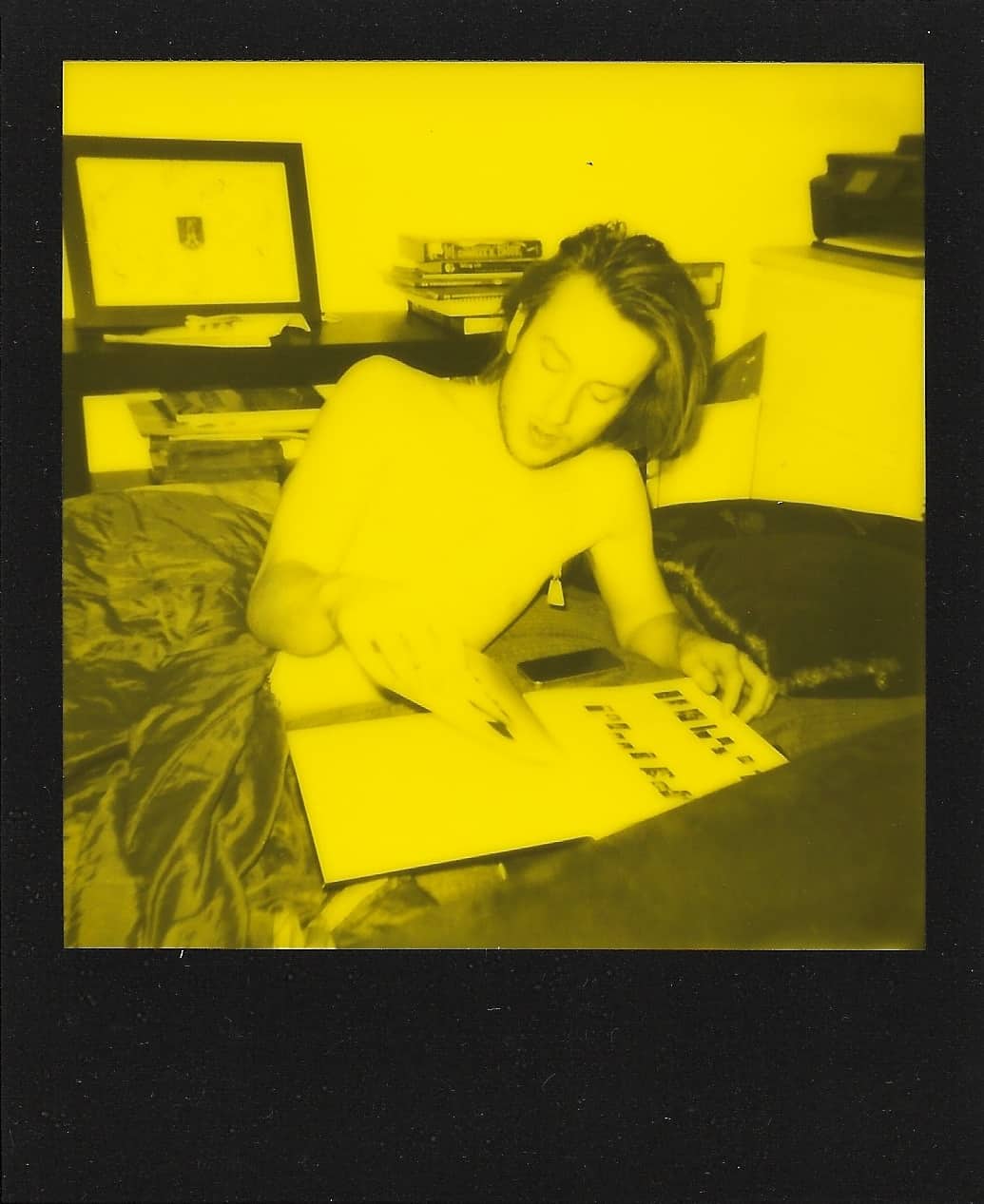 Neil is arriving and then it’s like all the good things that are coming to an end: Everything goes very fast. We are reaching an underground station, I’m hugging everyone, grabbing my stuff and all of a sudden, I am alone in London town, wondering: Was it a dream?

Thank you for everything!